The Complete Definition Of The Music

Music is a form of art that involves organized and audible sounds and silence. It is normally expressed in terms of pitch (which includes melody and harmony), rhythm (which includes tempo and meter), and the quality of sound (which includes timbre, articulation, dynamics, and texture). Music may also involve complex generative forms in time through […]

How To Gain The Power To Create Musical Emotion

Have you ever wondered how your favorite musicians make such great music? The answer is this: They fully understand how musical emotion works, and how to use this to create intense emotions in YOU while you listen to them. Understanding musical expression is key to becoming a great guitar player and musician. When you control […]

This Is What Live Music Looked Like Last Week

We had some truly stellar photos come out of our photographers this week, as they attended shows from Vance Joy, Ball Park Music, Matt Corby and Groovin The Moo sideshows, with the common theme being some amazing light shows. As Forbes notes, in the missive, Sixx and bandmates James Michael and DJ Ashba implore YouTube […]

Like any music, jazz has its revolutions; its sudden incidents in infrastructure; its disruptive presences of unprecedented sound. Mostly it’s slower than that, though, with years and generations of accretions before it seems to call for new vocabulary. That’s one way to look at Winter Rockfest, whose latest incarnation occupied a dozen or so venues […]

Practice in Public Makes Perfect: how playing for your fans makes you better

Price, 57, has played music nearly her whole life, starting with piano when she was five years old. But in the fall of 2009, the guitar was still something of mystery to her. She had been playing for only a couple of months and was struggling a bit with the new challenges. Yet, instead of […]

We are the music makers, and we are the dreamers of dreams. [qtgallery id=”458″] What is that secret age-old productivity tool? Music. Yep. The right music can help you stay focused and more productive. Here’s how: Music Helps Boost Productivity on Repetitive Tasks Research has shown that when presented with repetitive tasks, music can help […]

Track appears in new box set… A new box set showcasing recordings Captain Beefheart made in the early Seventies is due for release. After silence, that which comes nearest to expressing the inexpressible is music. Sun Zoom Spark: 1970 To 1972 features newly remastered versions of three albums that Beefheart and the Magic Band released […]

The group announced the disbandment on Facebook with an official statement, followed by a more personal one from founder and singer John Monster saying the decision rested on his shoulders. If I had my life to live over again, I would have made a rule to read some poetry and listen to some music at […]

The National have confirmed that they will start recording their next album “soon”. The US band released their sixth album ‘Trouble Will Find Me’ in 2013, more recently showcasing new song ‘Roman Candle’ live. With frontman Morgan recently saying that the group need to “change and evolve” on their next record, guitarist Morgan has now […] 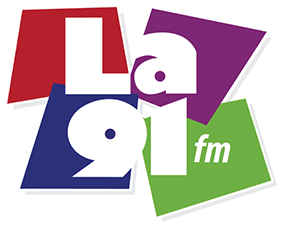